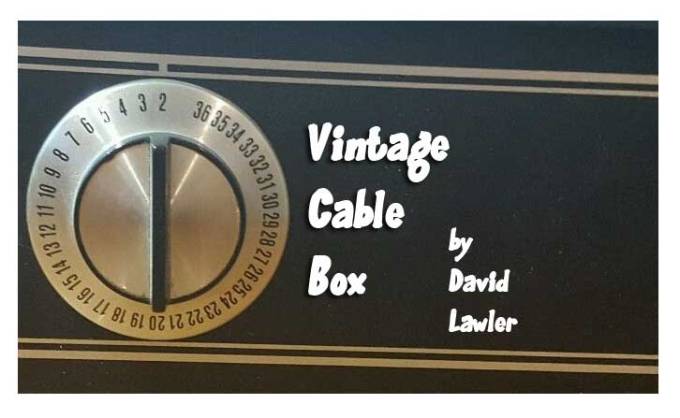 “I’m a much better shrink than I would have been a second baseman.” 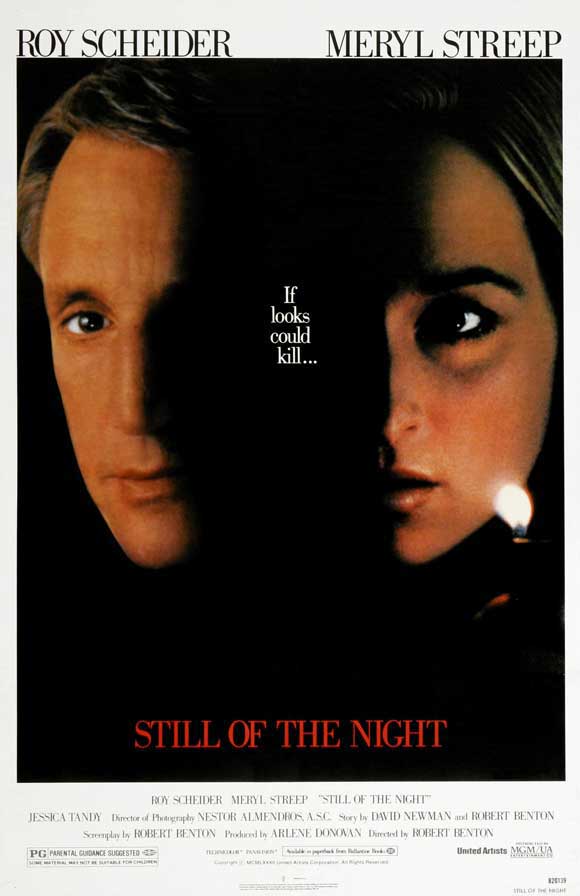 Robert Benton is a quiet man. He is not the loud voice in the chorus trying to steal all the attention. He doesn’t speak of style. He doesn’t conduct self-aggrandizing interviews on publicity junkets, hailing the New Cinema (even though he was partially responsible for it) and idolizing Orson Welles and John Ford. He may believe in those ideas to further the success of his movies, but he won’t tell you. He is, for lack of a better word, quiet. As such, I have been quietly impressed, even blown away by his work.

Still of the Night comes out of nowhere in Benton’s body of work, and appropriately, it is representative of a powerful voice that communicates in whispers, not shouts. Roy Scheider plays a New York psychiatrist, whose patient, George Bynum (a creepy Josef Sommer), is murdered. Scheider is visited by the cops, who tell him his life is in danger if he doesn’t break his confidentially about Bynum’s curious quirks. An eerily beautiful Meryl Streep (done up completely as a Hitchcockian ice-blonde, with a temperament to match) plays Brooke Reynolds, Bynum’s lover. Scheider is instantly smitten with her. He tries to provide therapy for her fragile mind because she believes her relief at Bynum’s death makes her emotionally, if not physically, culpable. 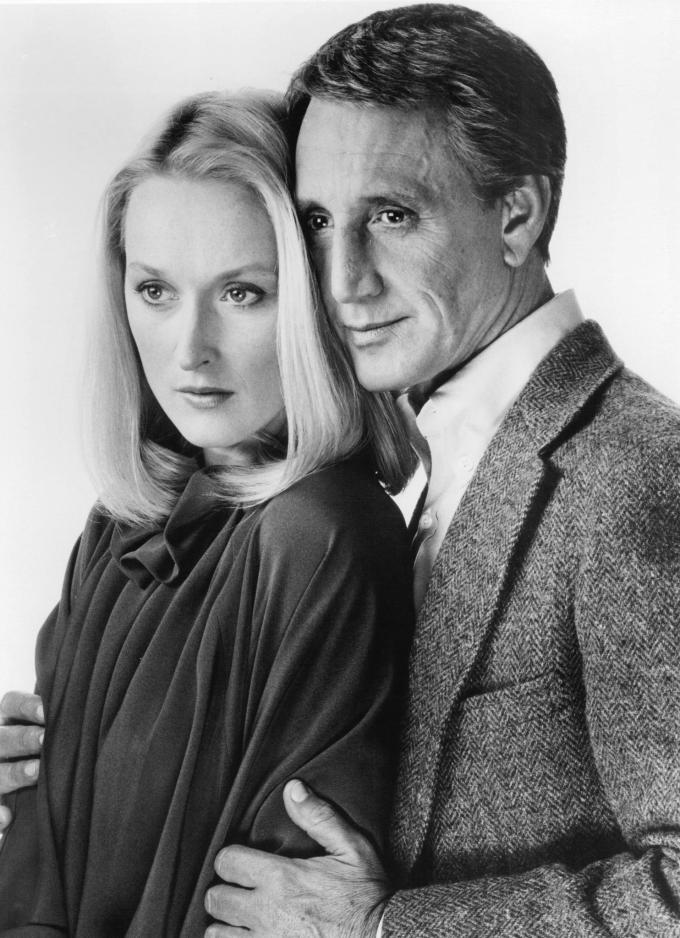 Streep’s performance as the flighty, neurotic Brooke, is a wonderful reminder of her amazing talent. By the time Still of the Night was released, Streep had already appeared in The Deer Hunter, Manhattan, Kramer vs. Kramer, and The French Lieutenant’s Woman, and would appear in Sophie’s Choice and Silkwood. Watching her performance in this one small Robert Benton movie is so much fun. She is so alive as an actor, and demonstrates such strength and intelligence, beauty and vulnerability that she puts most other actors to shame. Other than this movie, my favorite performance of her’s has to be in Albert Brooks’ Defending Your Life.

Roy Scheider is dependable in a largely thankless role designed to provide exposition into the workings of George Bynum’s mind. He has wonderful chemistry with Streep (who wouldn’t?) as well as Jessica Tandy, in a quick bit as his psychiatrist mother (that must’ve been a happy house!). Somewhat unfairly typecast as authority figures after Jaws, Scheider, sometimes successfully, shook those roles, appearing in William Friedkin’s Sorceror and Bob Fosse’s All That Jazz.

Still of the Night is a movie I watch and then I snap my fingers wishing I had thought of it. Robert Benton started in the industry as a writer (with frequent partner David Newman). He authored Bonnie and Clyde, What’s Up, Doc?, and polished the script for the 1978 Superman. He directed Kramer vs. Kramer, and one of my favorite movies of all time, Places In The Heart (which contains the single most staggeringly brilliant final scene of any movie I have ever watched). In 1994, he would direct Nobody’s Fool starring Paul Newman.